It’s been a while since I’ve posted here, but believe me, that’s a good thing. There are things happening in my writing world that are under the hood, but will ultimately propel me forward once the time is right and everything aligns.

Here’s what I’ve been up to since my last update:

In a few months, I’m going to be ready to send my new and improved MS to the agent who requested the R&R, and I’ll be getting ready to start that fun process of querying. It’s been a long time since I’ve done that big time, so I know that I have to prepare myself mentally. Years of being away from this process, and years of breaking myself open with yoga have made my skin thin and I need to tap into … something … and build up my strength again. Here are some things I’m working on in regards to that:

** That she may or may not follow herself but would like to try OK and why am I writing about myself in the 3rd person? 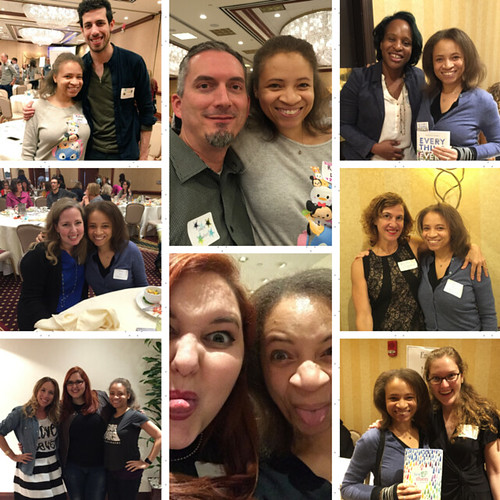 This past weekend was the Anderson’s Bookshop 2015 YA Literature Conference. I’d had such a great time last year that I had to go again this year, especially when I saw that Huntley Fitzpatrick was going to be there. I didn’t want to be driving back and forth to Naperville, especially with the conference starting so early on Saturday, so I booked a hotel room at the same hotel the conference was being held. This was a Very Good Decision. Friday night I arrived, and I saw people hanging out at the bar, but I was too tired and sick to be social. I went straight to my room, turned on America’s Next Top Model, and eventually fell asleep. I was up bright and early for the conference Saturday morning, and snagged a seat at the front and center table. This never happens. Usually I attend these things with Adam so I feel kind of obligated to sit with him, but this time I was *free*. Ha. The tables were numbered, so we had no idea which author we were getting. We ended up with Ally Carter! 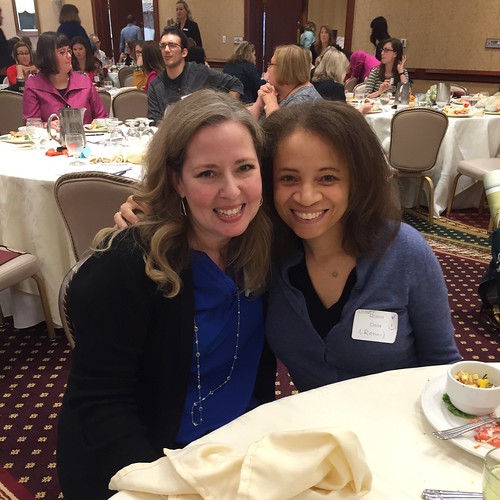 I will spare you the details of the conference, but I will tell you that it was wonderful and worth the $109 price tag. There were panels, keynote speeches, breakfast and lunch, and plenty of time to get books autographed and photographs with the authors. The most value for me came after when I got to hang out with the authors, where I remembered what I love so much about the YA Lit community.

Someday. I know it.

While there, I made friends, especially with two amazing women, Dawn Kurtagich and Jenny Moyer. Sometimes you just hit it off with people, and that happened with them. I’m so glad to have found my writing “tribe” that I’m over the moon about it. 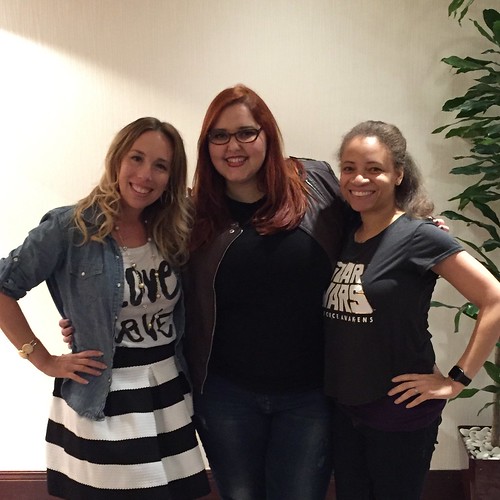 Jenny, Dawn, and Me

A couple of other things I learned: 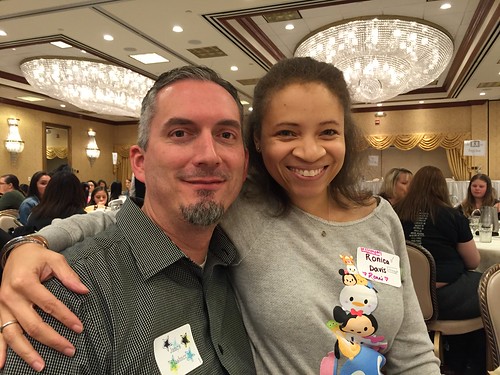 James Dashner and Me

I was on a high over this conference for days, but as always, the self-doubt kicks in. And it’s kicking in now. I was listening to a lot of these people describe their work. The books they have published, the books that are coming out, the books they have yet to write. And I wonder if I will ever measure up. I don’t write epic adventures with huge plot twists and extensive worlds. I write love stories. Simple and straightforward. I start to doubt my writing—is it any good? Will anyone believe in it enough to put it out there in the world?

Will I ever realize my dreams?

And…I get quiet. Discouraged. And intimidated as hell from being surrounded by so much sheer talent, while I wonder if I’ll ever measure up.

I know I’m not supposed to compare myself, my path, my work to others. But it’s going to happen. I am human. So I sit here processing all of this, trying to figure out where I belong anywhere in this world.

So that’s where I am now. I’m writing, still writing. Still grateful that I reclaimed that joy back in 2013 and that I haven’t lost it again. Still chasing dreams. Still trying to figure out what I want to be when I grow up. I think I know. I say “think” because I’ve been down this road before, and I got so discouraged that I quit for many years. But I’ve come back to it. That has to mean something. [1. Plus, every time I attend an event like this, at least one person asks if I’m one of *the* authors. I always answer “not yet.” Universe, you heard me. Do your thing! I’m ready, even if I sometimes try to convince myself that I am not.]